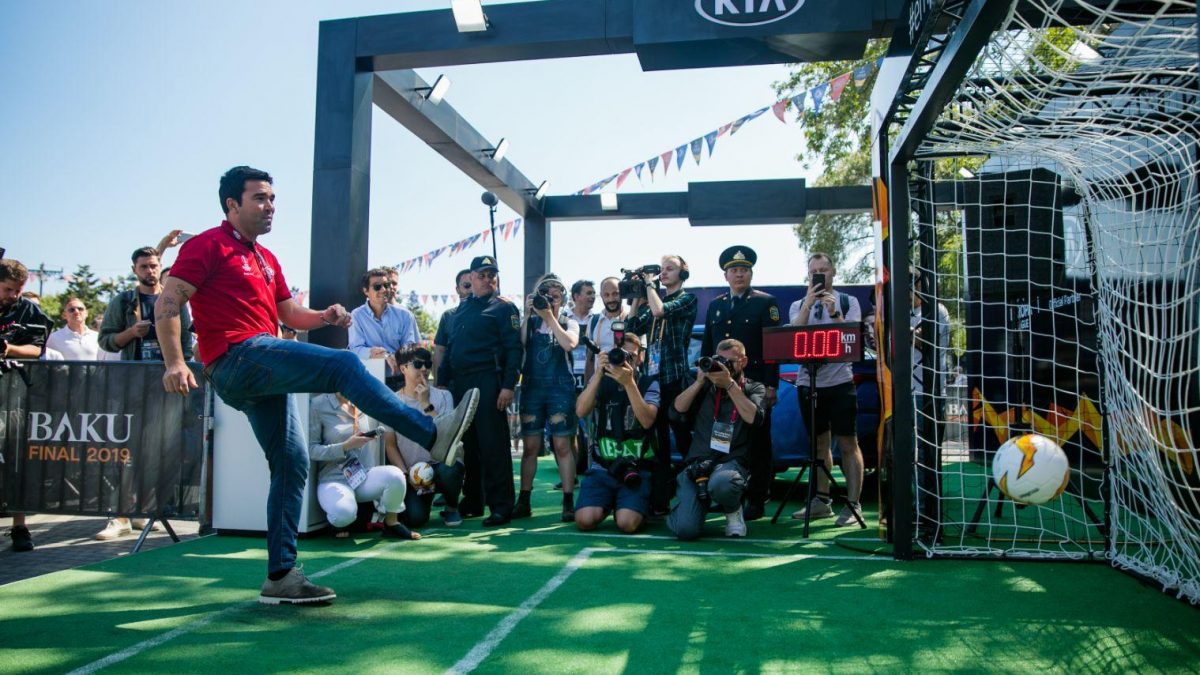 On May 24th the 2019 final of the UEFA Euro League season took place in Baku, Azerbaijan. In this all-English final FC Chelsea defeated their city rival FC Arsenal 4:1.

But such a huge final isn´t just about the match itself. It is an event  which starts several days before the actual final match. Fans of both teams travel to the venue and transform the city into a large fan space. To create a special and lasting experience for the foreign as well as domestic football fans, there was a big fan fest at the beach promenade of Baku for several days. The event started several days before the final match and lasted the entire final day.

Several of our event tools were successfully put in use at the fan fest. The event and live-marketing agency E.STYLE created a complex booth for an international automotive group with two of our professional speed measurement systems in its centre. With more than 2000 measurements per day the devices were running 10 – 12 hours each day. Nevertheless, thanks to the plug and play principle of our Speedmaster, the supervision effort for the staff as well as the waiting period for the participants was minimal avoided. Some of the participants were football legends like the Portuguese player Deco, who proved that he still has a lot of power in his foot.

Our event tool was a real highlight at the fan fest in Baku and by far the most used module. Philipp Lee of the agency E.STYLE summarised the application of our Speedmaster and was very satisfied: “I have been organising appearances at public viewings, fan fests and similar events for our clients for several years. But I can´t remember a tool with which we could attract a comparable attention than with the speed measuring system of Speedmaster in Baku. We are very satisfied with the device and will definitely use it again in the future.” 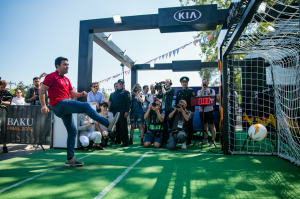 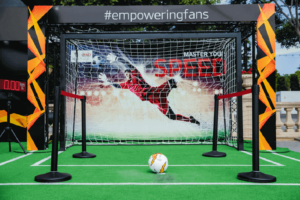 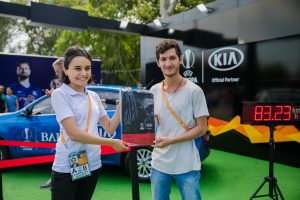 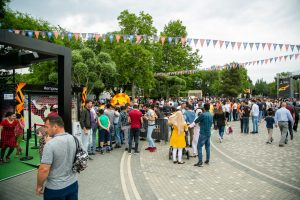 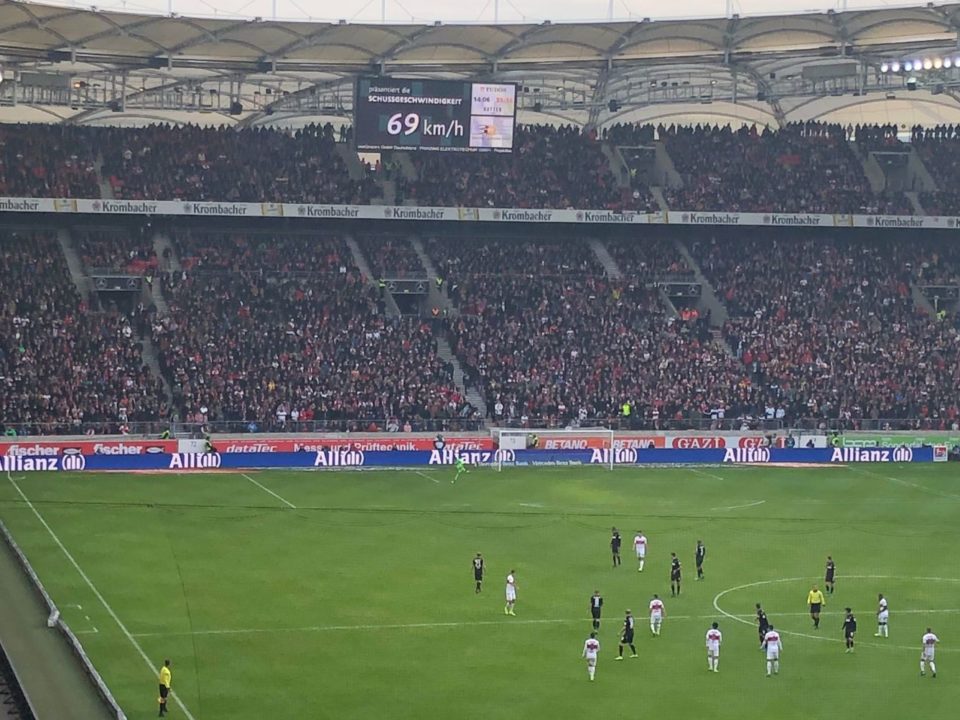 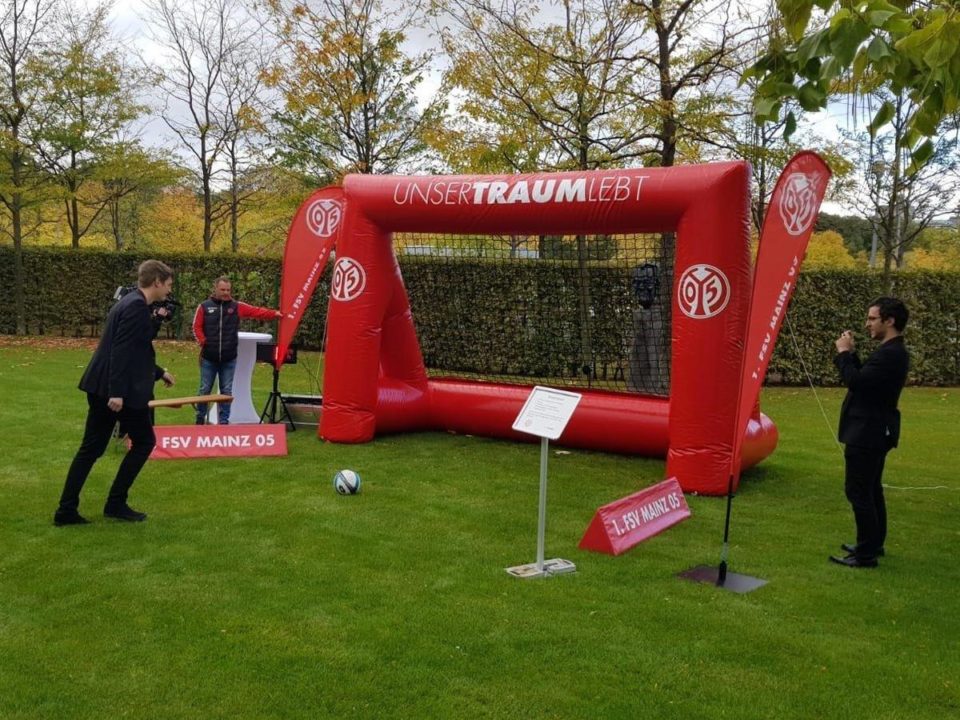