Speed measurement in the Handball Bundesliga 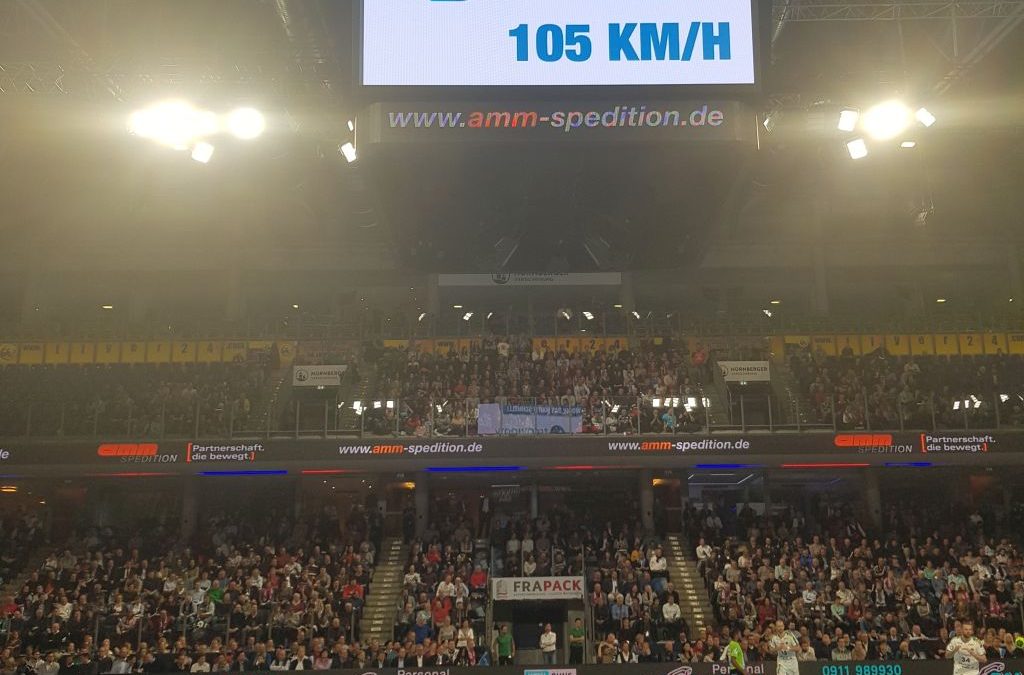 Speed measurement in the Handball Bundesliga

HC Erlangen is the first club that uses the speed measurement in the Handball Bundesliga. Throwing speeds are measured during the match and presented in real-time on attractive and attention-grabbing designed LED-displays around the field.  In this way the club creates another perfectly suited sponsoring platform. At the same time there is another highlight for the spectators, which increases their handball experience at HC Erlangen home games in the Arena Nürnberger Versicherung. In addition speeds of extra spectacular throws of the home team are presented on the big video wall in the arena, associated with a tailor-made brand message of the sponsor. In this way the Speedmaster arena design guarantees a sponsor that the views of the 8, 000 spectators are regularly focused on its message. Also the sponsor he benefits from the multiplier effect of the media as the speed flashes are filmed by the TV cameras and printed in newspapers and magazines.

The arena of Erlangen has two sensors behind both goals at each home game. These sensors measure automatically and ensure that the throwing speeds can be presented in real-time. All speeds are presented on the LED-displays near the field. Additionally they are transmitted via an interface to the arena control. The chosen values can be picked by pushing only one button, so that these appear on the big video wall, in combination with a brand message of the sponsor.

Theo Mpairaktaridis, responsible for match day organisation at HC Erlangen, is very satisfied with the Speedmaster arena design: “We are very happy about creating this added value for our spectators, sponsors and media partners. Also the assembly and dismantling of the system can be done in only a few minutes, which is another huge advantage. And to be honest, we are also proud having a unique selling proposition in the DKB Handball Bundesliga by using this real-time speed presentation in our arena.” 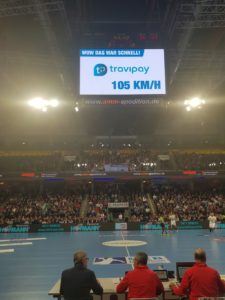 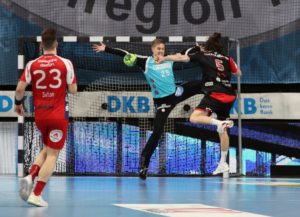 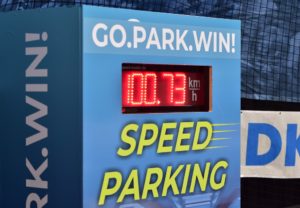 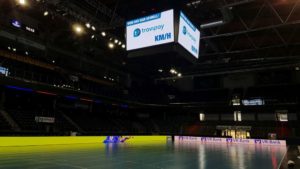