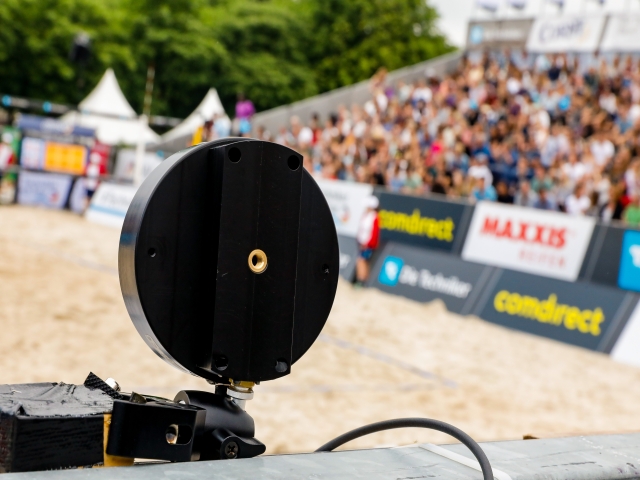 Tomorrow is the 5th stop of the Techniker Beachtour Techniker Beachtour. As with any tour stop our arena design of the Speedmaster is part of the event to measure service speeds. Our client, the Comdirect Bank, uses this attention-grabbing and perfectly suited sponsoring platform and presents the service speeds in real-time on our LED displays. These are placed centrally behind both baselines, so that all spectators, the media and even the players are immediately informed about the strength of the serves.

At the Techniker Beachtour the best German players serve at different stops from June to September. The tour schedule of the biggest national beach volleyball series in Europe includes eight stops, including the German Championship at Timmendorfer Beach.

After an installation of the Speedmaster arena design at the first tour stop in Münster there was no further effort necessary for the following stops of the tour. 4 sensors for each half of the court are fixed at the first row of the stands. These sensors ensure that each service measuring is presented on the LED displays in real-time. The displays are installed in the boards around the court, which are individually branded for our client. Attention is guaranteed for the Comdirect Bank as all spectators watch the measured speeds immediately after each service. Also the TV cameras as well as other media captures the service speeds. Especially  during a particularly fast service all eyes are on the displays. Including a murmur by the spectators.

For those who can´t be at one of the stops of the Techniker Beachtour there is a live stream. 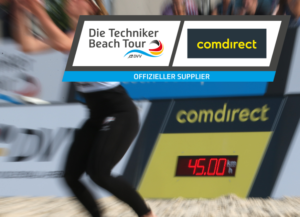 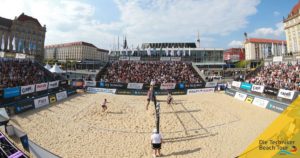 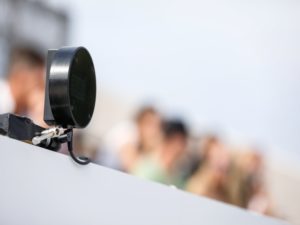 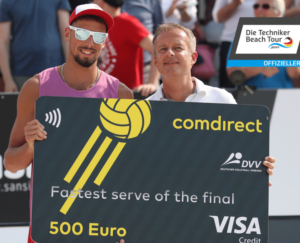 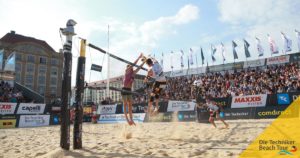 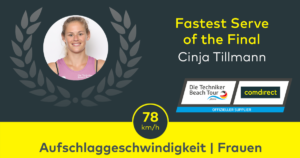 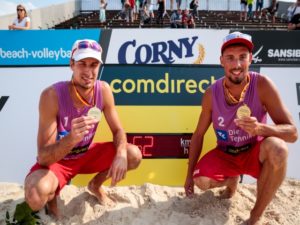 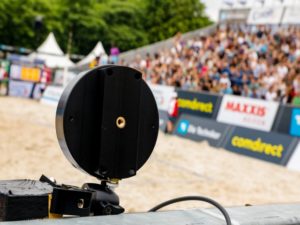 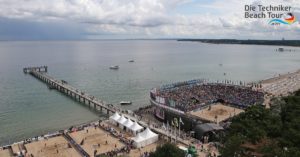 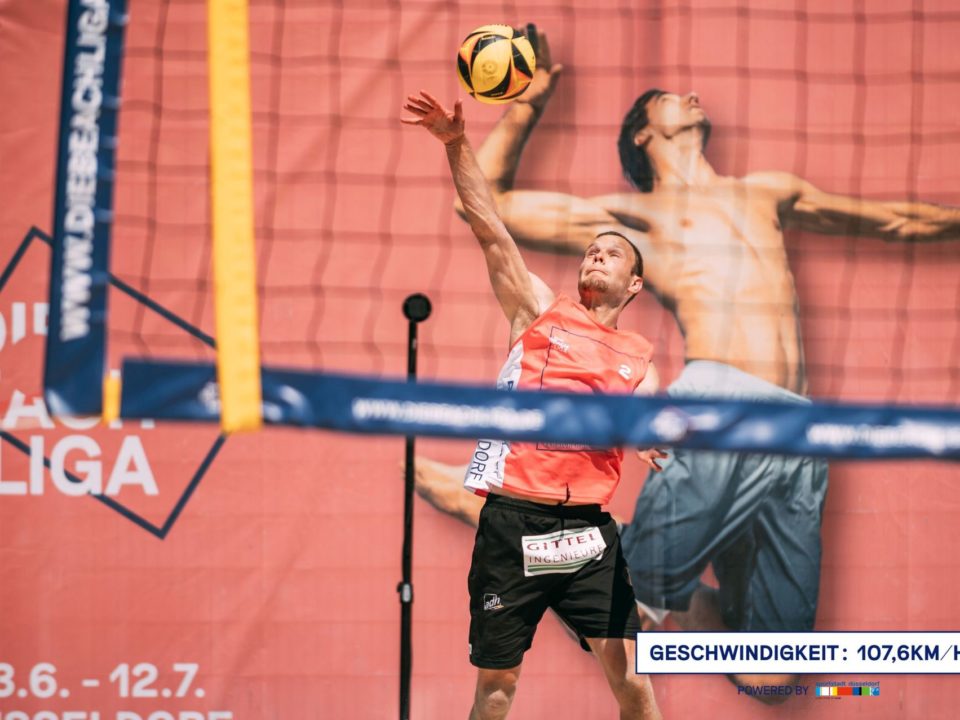 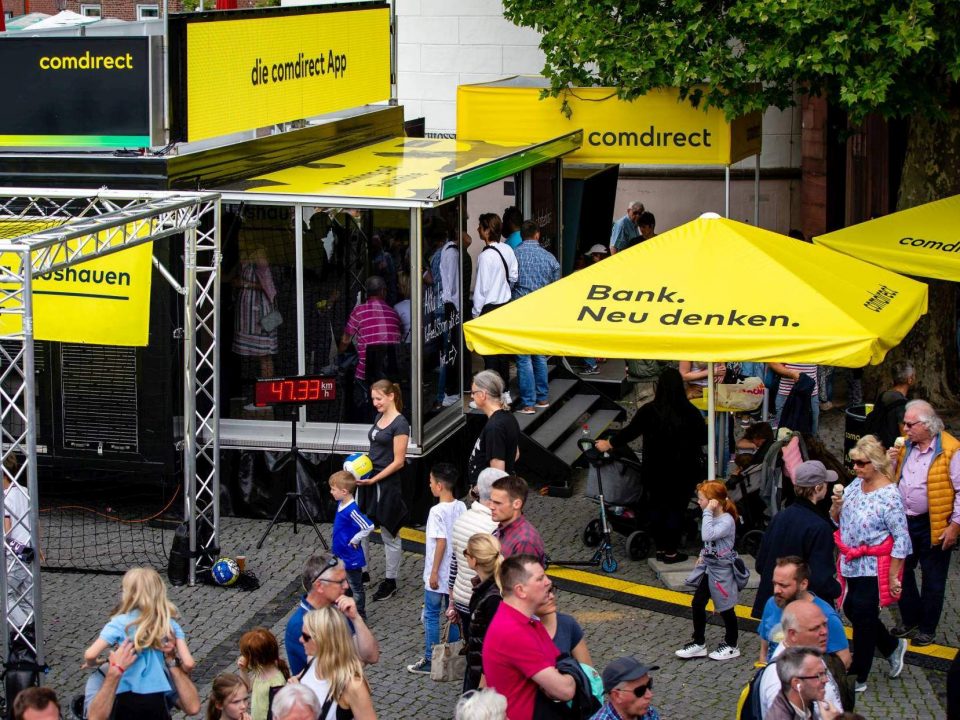 Speed measurement at the World Championships in Beach Volleyball